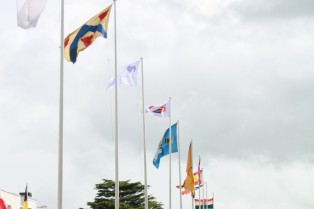 And the number of Friends of the Shakespeare’s Celebrations continues to grow.

Dame Judi Dench, famous for her work in theatre, television and film, has maintained her connection with the Stratford District and the Royal Shakespeare Company since she made her Stratford debut in 1962 as Isabella in Measure for Measure.

Dame Judi Dench said:” I am absolutely thrilled to have been asked to be a Patron of the Shakespeare’s Celebrations. Stratford-Upon–Avon is very close to my heart, so what more could one ask than to be associated with the Town and Shakespeare.”

Sir Patrick Stewart OBE is most widely known as Captain Jean-Luc Picard in Star Trek: the Next Generation, its successor films and his numerous major roles with the Royal Shakespeare Company.

Sir Patrick Stewart said: “I am delighted to accept the invitation to become a Patron. Shakespeare and Stratford have a very important place in my life and heart.”

Professor Sir Stanley Wells, Honorary President of the Shakespeare Birthplace Trust, is the author of many books about Shakespeare and has a new book, Great Shakespeare Actors, to be published on Shakespeare’s Birthday this year.

Professor Wells said: “I have been taking part in the Shakespeare Celebrations for over half a century and am delighted to become a Patron.”

Val Harris, Development Manager for the Shakespeare’s Celebrations said:” The response from our Patrons has been very exciting and the numbers of applications to become local Friends is continuing to grow. They will all receive special lapel pins and be invited to a reception at the Town Hall on the eve of the birthday parade.”

To become Friend of the Shakespeare’s Celebrations visit- www.shakespearescelebrations.com, where you can join online or call